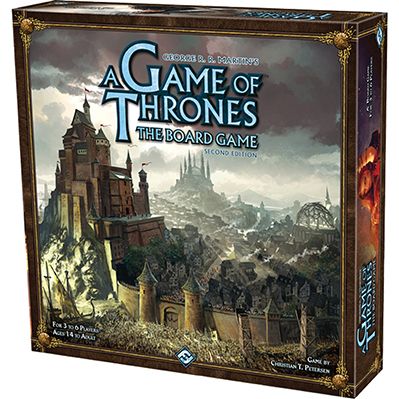 Game of thrones board game

Based on the bestselling fantasy novels by George R.R. Martin (now a hit HBO series), A Game of Thrones: The Board Game draws players into a war-torn world of sun-scorched sands, lush forests, and chilling northlands. Each player takes control of one of six Great Houses of Westeros, then sets out on an epic campaign of combat and politics to secure total dominance.

This board game includes clear, detailed rules to guide you through setup and gameplay. Play begins when each person receives an army of footmen, knights, siege engines and ship units as well as a set of order tokens and other necessary components. Each player also receives a deck of unique house cards, which represent important characters from A Song of Ice and Fire and are used as leaders in battles against rival houses.