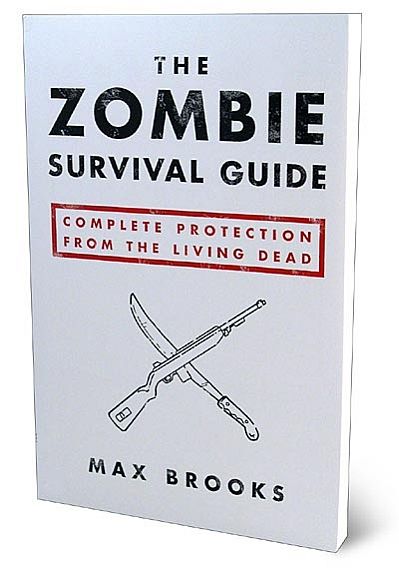 The Zombie Survival Guide: Complete Protection from the Living Dead

In this outrageous parody of a survival guide, Saturday Night Live staff writer Brooks prepares humanity for its eventual battle with zombies.

One would expect the son of Mel Brooks to have a genetic predisposition to humor, and indeed, he does, and he exhibits it relentlessly here: he outlines virtually every possible zombie-human encounter, drafts detailed plans for defense and attack and outlines past recorded attacks dating from 60,000 B.C. to 2002.

In planning for that catastrophic day when "the dead rise," Brooks urges readers to get to know themselves, their bodies, their weaponry, their surroundings and, just in case, their escape routes.

Some of the book's more amusing aspects are the laughable analyzes Brooks proposes on all aspects of zombiehood, and the specificity with which he enumerates the necessary actions for survival-i.e., a member of an anti-zombie team must be sure to have with him at all times two emergency flares, a signaling mirror, daily rations, a personal mess kit and two pairs of socks. Comic, though unnecessarily exhaustive, this is a good bet for Halloween gag gifts and fans of Bored of the Rings-esque humor.